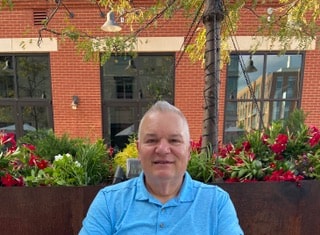 Never Too Late To Start

By Industrial AthleticsMarch 17, 2022No Comments

Our Athlete of the Month for March 2022 is older than the average age at Industrial Athletics. So, we sat down with him in the most recent episode of The Stronger Revolution. We wanted to find out what made Ron decide at this point in his life to start a fitness program like CrossFit.

Ron has known about CrossFit for five or six years. However, he has a rather negative opinion of the program until about a year ago. That’s because he was introduced to CrossFit through a friend who complained that it was a bit exclusionary and elitist. Additionally, Ron heard all of the common misconceptions like CrossFit is only good for elite athletes and causes injuries. Understandably, he wasn’t super exited to give it a try.

However, that changed when Ron wanted to start a fitness program about a year ago. He started looking around and found Industrial Athletics near his neighborhood. The more and more he looked into it, the more his opinion about CrossFit started to change. Through the media content at Industrial Athletics, like our podcast, Ron decided that his first impression may have been wrong. Thus, he finally reached out and came to Industrial Athletics for a No Sweat Intro.

Since starting, Ron has become an advocate from CrossFit. With the help of proper coaching and nutrition counseling, Ron has seen his fitness improve dramatically. And, despite the naysayers, he has never once felt like he was in danger of an injury.

Check out the podcast episode for our full interview with Ron. Since recording, we learned the Ron was recently taken off of his diabetes medication. While CrossFit hasn’t cured him, he no longer needs the help of drugs to manage.

Close Menu
Ask Coach Matt! Thank you to everyone who submitte

Sara joined one year ago and has been working on b

We want to be the best hour of your day. You get

We are excited to welcome @drayerphysicaltherapy t